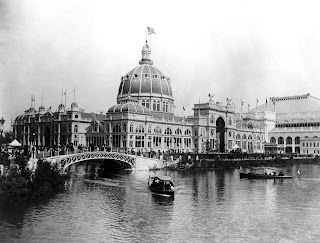 “The White City” by June Finfer at Glessner House


An original new musical with book by the noted author June Finfer of Lost and Found Productions, with score by Elizabeth Doyle, entitled “The White City”.
When Chicago wins the right to host the 1893 World’s Columbian Exposition in Jackson Park, the architect chosen to design and build it in record time, Daniel Burnham, finds ambition is not enough: he must enlist the support of all, even those who oppose him.
In the three-year period of construction of the mile square fairground, a vast canvas of characters vie with fate, death and love to achieve the impossible, “making no little plans”. The musical explores the politics and passions behind a unique national event, in many ways the first and last event of its kind!
June Finfer is an award-winning writer, and a producer of documentaries.  Her film about the architecture of Mies van der Rohe has been broadcast on A&E and PBS and won a first prize at the American Film Festival. In her previous play, “The Glass House,” she wrote of the relationship between architect Mies and his client, Dr. Edith Farnsworth.

Posted by Society of Architectural Historians Chicago at 4:19 PM No comments: