Thinking Into the Future: The Robie House Series on Architecture, Design and Ideas 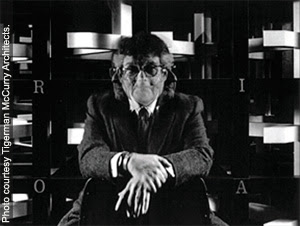 The Frank Lloyd Wright Preservation Trust and the University of Chicago present the inaugural Thinking into the Future lecture series by architect Stanley Tigerman.

Stanley Tigerman, FAIA is principal of Tigerman McCurry Architects along with his wife, Margaret McCurry. He received both his architectural degrees from Yale University.
A Professor at the University of Illinois at Chicago for twenty-one years, he also served as Director of the School of Architecture for eight years. Founder of the Chicago Architectural Club as well as Co-founder and (former) Director of ARCHEWORKS, a socially oriented design laboratory, Tigerman remains the "architectural voice and conscience" of Chicago as a commentator on, and critic of, his city's architecture, fighting to save historic buildings, criticizing bad architecture, condemning public inertia and working with community activists and the local AIA to achieve affordable housing, among other goals. The author of six previous books on architecture, Tigerman has two books being released this fall: Schlepping Through Ambivalence: Essays on an American Architectural Condition (Yale University Press) is a collection of his previously unpublished papers on Chicago architecture, architectural theory, and commentary on contemporaries; Designing Bridges to Burn (Oro editions) is a memoir of his career.

Thinking into the Future: The Robie House Series on Architecture, Design and Ideas will engage leading international, national and Chicago voices in architecture, design and contemporary culture that point the direction to a bright and promising future for the next generation. This partnership program with the University of Chicago will begin with a lecture event in 2011 and include an architecture walk in 2012.
The annual program will take place during September each year. As the program evolves and grows, it will add film screenings, student workshops, and a Robie House award for high school students inspired to envision their future in a summer fellowship program at Robie House and on the campus of the University of Chicago.

Designed in 1908, the Robie House is Frank Lloyd Wright’s most innovative Prairie style home, considered one of the ten most important architectural works of the 20th century.
Taking Wright’s future-thinking philosophy as expressed in the house, the program will explore current ideas and issues in architecture, design and society that stimulate debate about the global world of the 21st century from a neighborhood to a national perspective. The imperative to consider the natural environment, spiritual values, intellectual freedom, social change, design philosophy and architectural ideas will be the focus of this new partnership program.
More information here.
Posted by Society of Architectural Historians Chicago at 10:01 AM No comments: